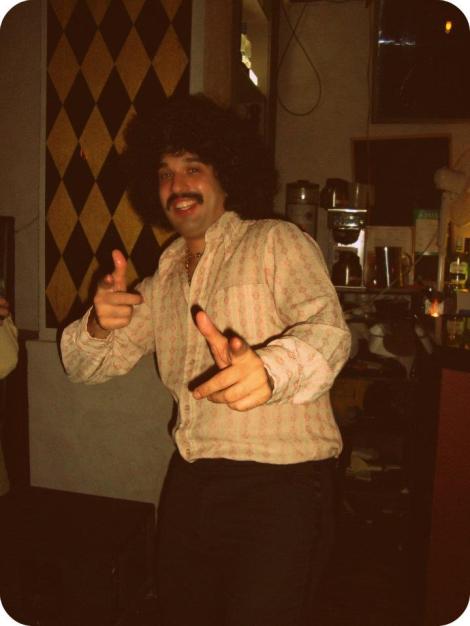 A seasoned veteran in the rave scene, Bacchus originally plied his trade as DJ on the harder side of dance music regularly playing alongside locals and headliners alike at all-age parties and venues in clubland. Although he was well-known in the scene as a purveyor of rave tunes, what most didn’t know was that Bacchus also held a deep love of  funk, soul and disco.

Looking to play records from his wide collection of vintage albums and reach new audiences, Bacchus recently founded The Payback Crew ; a gang of all-vinyl classic funk DJs who are pushing the sounds that influenced the electronic dance music of today and yesterday. Armed with 45s, 7″s and 12″s, the Payback Crew hold their monthly “Fascinated Fridays” on the third Friday of the month at Tota Lounge.

Below you’ll find a mixed-crowd-friendly mix of dusty 45s and original 12″s classics that run the gamut of Soul, Funk, Disco, NRG, Italo, Boogie, and Freestyle.