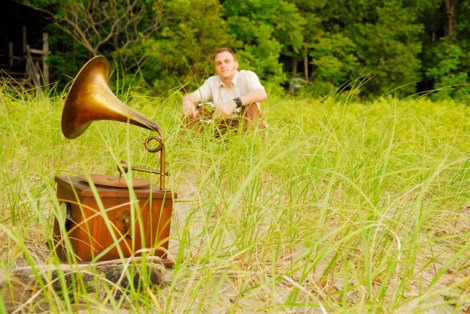 First off, apologies for the delay getting Skank Honto’s dj mix posted up but for those of you who weren’t able to tune in and listen live; I think you’ll find that it was worth the wait. A problem with some mixer levels and a gap in the recording necessitated an overdub and re-recording in a section or 2 but, rest assured, the tracklist and the integrity of the mix remain intact and the  mix sounds great!

Skank Honto has been a fixture in the Southern Ontario breaks scene over the past decade or so. Originally from London, ON, he moved to Toronto a few years back and brought the funk with him.

Known for his love of funky break beats, Skank Honto has recently become a booster for the emerging sounds of Nu-Funk and Ghetto-funk coming from Canada’s west coast. He credits the Make it Funky crew for helping to spread this new sound exemplified by acts like A.Skillz, Stickybuds, DJ Czech, the Funk Hunters, DJs Wood & Soo who are working to re-invent the sound of funky breaks. He also points to local talent like Big League Chu, and Marty McFly as being critical to the development of his sound as a dj.

A long-time collector of vinyl, Jay recently made the jump to Serato to overcome the lack of access to new records and he enjoys the versatility afforded to him through the use of the Novation Dicer as a MIDI interface. However, you can still hear the gems from his vinyl collection at the monthly Funkin’ it up! event he co-hosts with Toronto’s infamous vinyl junkie, DJ Splattermonkey, at No One Writes to the Colonel.

In the first hour and a bit, Skank Honto takes us on a journey through party breaks, funky breaks, some bangers and finally some dubstep-inspired sounds before we break (ha!) for an interview. Afterwards he rounds out the playlist with some choice cuts of the slower tempo’d Nu-Funk, Ghettofunk, and bootlegs.